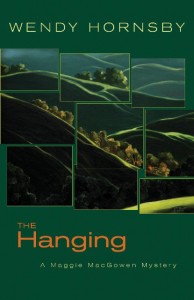 Sly burst into my classroom as full of angry bombast and thunder as the wild storm blowing outside. Water poured down his red face; cold, rain, fury, tears, all of them at once. My students looked up from their work – the unit was film editing – and set off a murmur of low-volume conversations, a humming Greek chorus well suited to the drama unfolding.

I spooled a couple of feet of stiff brown paper toweling off the roll I had pilfered from the faculty lounge to keep my drenched students from dripping onto their equipment and handed the wad to Sly.

“Who are you going to kill?” I asked as he mopped his face.

The way he spat the name of the college president, it might as well have been a four-letter word with a spitty fricative at the end.

“Your shirt is soaked,” I said, holding out my hand. He peeled off his sodden hoodie and handed it to me.

In lieu of the real thing, I had served as part-time surrogate mother to Sly ever since he was a very little boy. Now that I was teaching a few film production courses at the community college where he was a sophomore, he was a frequent visitor to my classroom. Several of the students were filming Sly’s progress on his award-winning sculpture for their semester projects. So it seemed perfectly natural to them that Sly, when he was so very upset, would come to me.

“I swear to you, Maggie, the man needs taking down.”

“What, exactly, did Holloway do?”

“You read the call for proposals last fall,” he said, fury rising anew. “It said ‘permanently.’ The chosen art work would be installed in the college administration building lobby ‘permanently.’ Right?”

“Yeah. And I got the award, right? And the award letter said the same thing. My sculpture is supposed to hang ‘permanently.’ That means forever.”

A trio of camera flashes came from behind me and hit Sly in the face. To be expected; my students were a collection of camera geeks and news junkies. I turned and saw two digital video cameras in operation and four cell phones.

I said to my tyro filmmakers, “You better get releases signed before you download those images.” Didn’t deter them for a moment.

I asked Sly if he wanted to talk about things privately, after class.

He shook his head as he plopped onto a chair, distraught still, certainly, but winding down. When you’re nineteen life can be full of drama, and sometimes it’s nice to have an audience of peers. My daughter, who was the same age, would have wanted her cohorts around her, too.

I looked at the drenched bunch in the studio classroom. Though it was pouring rain outside, most of them wore flip-flops, the standard rainy day footwear on any campus in Southern California, so their toes were red with cold. Every one of them also wore some version of Sly’s wet hoodie. I could understand the flip-flops – why ruin your shoes? – but does no one in California under the age of thirty own a raincoat or an umbrella?

I turned back to Sly and brushed a strand of dark, wet hair from his eyes.

“Tell me what happened.”

He looked up at me with his big brown eyes, his narrow, wolflike face pinched with pain.

“The bastard said my piece will only hang for a year. One, stinking, little year.”

I had to think about that for a moment because it sounded so wrong. Behind me, Sly’s chorus chimed in with versions of “that just sucks,” “he sucks,” “cocksucker.” Sly acknowledged their assessment by nodding agreement.

Raised as a ward of Los Angeles County on and off since he was three months old, until recently Sly had never had so much as a dresser drawer that he could call his own for very long. Emancipated from the foster system a year ago, he desperately wanted to belong somewhere, to own something. For Park Holloway, the college president, to yank away the promise that his artwork would hang in a public place permanently must have felt to him like a denial of his very presence on this planet; rendered invisible, one more time.

Sly, AKA Ronald Miller, was nine years old when I met him on the streets around MacArthur Park, a drug- and gang-infested neighborhood west of downtown Los Angeles. Underfed, foul-mouthed and dirty, there was nothing cute or charming about him. He and his acolyte, a middle-class runaway fourteen-year-old girl who called herself Pisces, were running a scam against pedophile johns. The girl would lure a likely prey – an old perv from the suburbs would be the favored mark, and the older the better – into some dark place, get him into a vulnerable position, and then Sly would swoop in, snap the man’s picture and take all of his cash. It worked well enough to keep the pair more-or-less fed, and now and then paid for a spot to sleep at a nearby flophouse. But it was a dangerous game, and in the end it got Pisces killed.

I am a documentary filmmaker, not a social worker. I should have known better than to get involved with Sly and his problems, but I did not regret that I had.

Now, here he was, nineteen, on his own, a sophomore at Anacapa Community College doing well, a young man, it turned out, who possessed the soul of an artist. My chest swelled and my eyes filled thinking about how different his life could have been if we hadn’t retrieved him. Though Pisces we lost, Sly we saved. So far, anyway

Accustomed to disappointments, maybe he had misheard the college president.

I said, “Park Holloway actually told you that your sculpture would come down in a year?”

“He said my piece was a nice—he said nice—example of student work, but because the piece will be the first thing college visitors see when they walk into the new administration building lobby, it would be better for the college’s image—his word again—to have the work of a professional artist in the space.”

He held out his hands in a gesture meant to connote, “Duh.”

“He won’t get away with it, Sly. There were too many people involved in the award decision for him to have the authority to change the terms of the award after the fact.”

“He can’t.” Sly watched me take out my phone and hit speed dial.

“We’ll leave that to Uncle Max,” I said, hearing the number I dialed connect.

“Hey, Maggie.” Lew Kaufman, chair of the Art Department and Sly’s mentor on campus, answered on the second ring. “Have you seen Sly? We need him in the gallery to advise the engineers about the assembly of his piece; it goes up next week. God, it’s looking phenomenal.”

“He’s with me.” I glanced at the clock—ten minutes until the end of the class period. “We’re coming right over. We need a powwow.”

I dismissed my class early and hit speed dial again.

“Sly, my friend.” I brushed the same strand of hair out his eyes again. “Whether you sue the bastard or kill him, you’re going to need a good lawyer.”