The Research: Eating and Drinking My Way across Normandy 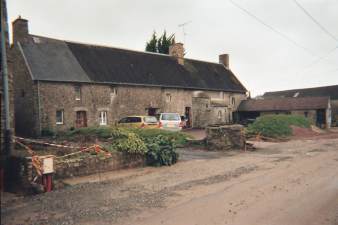 One of the fun parts of preparing to write a book is researching the settings where scenes will take place, that is, traveling around. Because much of The Paramour’s Daughter occurs in and around the village of Créances in Normandy, France, I had to go to Normandy, of course.

What torture that was, eating and drinking my way across one of the world’s finest food and drink producing regions of the world just so that I could get things right for the reader. The efforts must have been fairly successful, because this is what Publisher’s Weekly had to say about The Paramour’s Daughter: “Edgar-winning Hornsby’s enthralling seventh Maggie MacGowen mystery take the documentary filmmaker to France… Readers will almost be able to taste the food and drink the author so vividly describes.”

The area where the story takes place is famous for its root vegetables, fish, apples and apple products — cider and Calvados among them — and cheese. Hard cheese, soft cheese, stinky cheese and mild, goat, sheep and cow cheese, some sort of cheese will show up at every meal. My local favorite is Camembert, which can range from runny to firm and from buttery to sharp. Just as only bubbly wine from Champagne may be called champagne, only a particular cheese made in Normandy can rightfully be called Camembert.

Camembert is not an antique cheese, as antique is defined in French cuisine; Caesar admired French cheese. It dates only to the late eighteenth century, but there is a nice little story about its origins. Nice, that is, if you come from Normandy, but for the folks of the town of Brie it is a story of treachery and treason.

The story is, a young farm girl named Marie Harel, who lived near Camembert, gave shelter to a wayward priest who was being pursued by his enemies. As a reward, the priest divulged to Marie the secret recipe for the premier cheese made in his home town, Brie; a secret that had been kept for centuries. The Harel family began producing their version of Brie, naming it for their own town. Marie is such a local hero that there is a statue of her in the town square of Camembert. While she became a hero, one wonders if the priest was ever able to go safely home to Brie. No idea what happened to him. To recap: Camembert is Normandy’s version of Brie, but don’t say that aloud in Normandy.

Just as you can make wine and beer at home, you can make Camembert at home. But it’s tricky. Just follow the instructions at left. 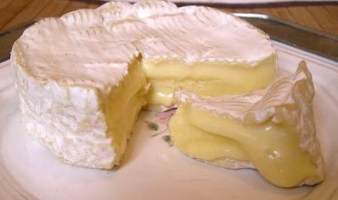 How to Make Camembert 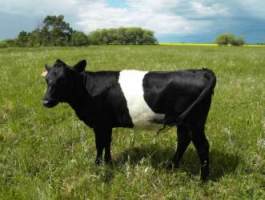 To make Camembert, begin with cow’s milk that is high in butter fat. The fattier the milk, the better. Keep the milk at the same temperature it was when it left the cow, 86°-99° F. If you want a stinkier cheese, let the milk sit around for a bit. Otherwise, send it directly from cow to cheese vat.

To the vat, add rennet to make the milk curdle. This is a tricky step because there are so many factors that could ruin the cheese right at the beginning: the temperature has to remain constant — udder temp — and the acidity, which can be affected by many variables — weather, the cow’s mood — has to be monitored carefully. The process takes about an hour and a half.

Chop the curds coarsely to help the whey drain away. Lower the temperature by about fifteen degrees, and then ladle the curds into molds where they will begin to settle, i.e. become cheese. (shown below) 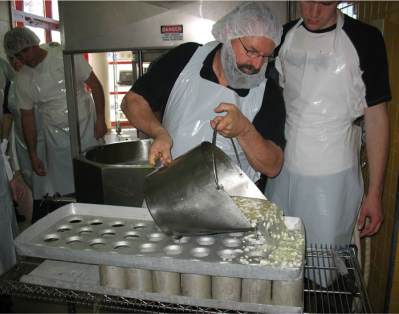 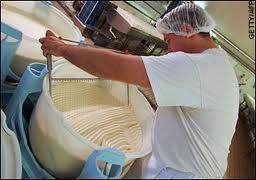 Because the middle tends to set up first, “spread” the cheese several times over the next eight hours to keep the consistency even. During that time, about two-thirds of the original volume will drain away.

When the cheese is settled — getting firm — turn it over. By now it is supper time. Put the rounds of young cheese on racks in a drying room where the temperature is about that of a French home in winter, between 64° and 68°F. The cheese will continue to drain overnight.

The following morning, while the new day’s cheese is curdling, salt the tops and sides of the cheese made the previous day. Salting will encourage the development of the penicillium candidum, the fermentation that gives Camembert its distinctive flavor. In the evening, before you go home, turn the cheese over. First thing the next morning, salt the other side.

Keep the cheese in a drying room cooled to about the temp of a dungeon in winter, 48°, for another ten days while the mold forms. After two weeks, the cheese will be ready.

Next, get a fresh baguette, spread generously with Camembert, and eat. Finis.