From my own research, here are some photos I took that helped inspire parts of my book In the Guise of Mercy. 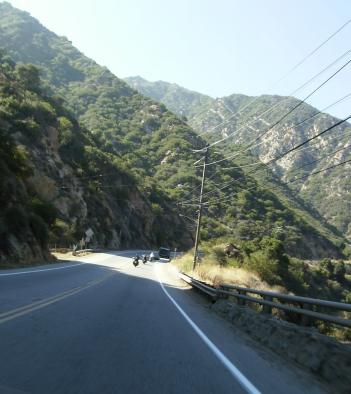 “Mike and I lived in a tall, narrow house built into the side of a mountain, overlooking a treacherous and primal canyon deep inside the Santa Monica Mountains about equidistant from the movie star beaches at Malibu and the 101 freeway that runs through the San Fernando Valley. An island of wilderness surrounded by LA sprawl. The road in is a winding, twisting, curvy tribute to engineering and plain chutzpah…” 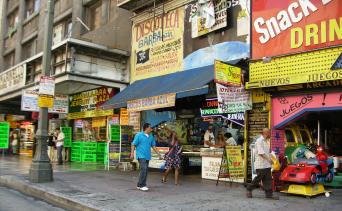 “The piece had an intentional rawness, a sense of barely contained energy that I believed captured both the cultural richness and the unpredictable nature of life in the city. A colorful olio that might spin into pandemonium at any moment; you never know what might happen next in LA.” 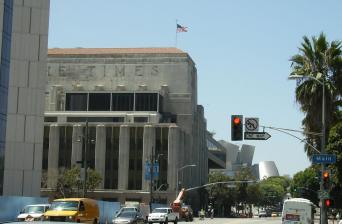 “At Second Street there was a stark change in the landscape. The colorful shops and the rhythms of Latin music pouring from loudspeakers were replaced by the great gray edifices of the Civic Center and the Los Angeles Times building. Suddenly, dark suits predominated.” 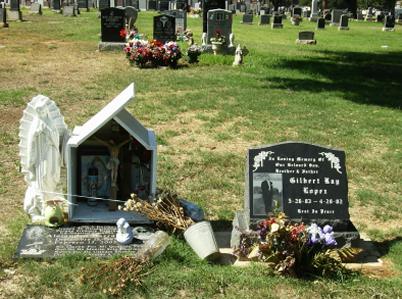 “This eastern section [of Evergreen Cemetery] is where the second largest number of new graves is to be found. Too many of the headstones here have laser-engraved portraits of very young faces, most of them male, teenagers with nicknames like Sleepy Jefe, Outlaw, Notorius, Little Dog carved between their Christian names and their fathers’ family names. Jesús Ramón’s older brother is here, and if he had been found, Jesús would lie next to him.” 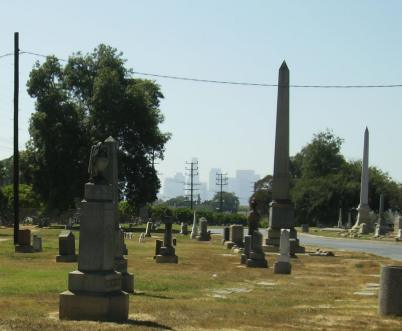