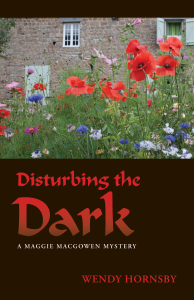 Maggie MacGowen, an investigative filmmaker, is in Normandy with a film crew to document the agricultural four seasons on her ancestral family farm. An accidentally excavated skull causes a social media sensation, dredging up psychic scars left by the wartime German Occupation. In their youth, Grand-mere and other villagers had cut the throats of an entire brutal Nazi platoon. Now the grim discovery prompts tourists, the soldiers’ descendants, the mass media, and vulturelike war-memorabilia dealers to flock to the formerly quiet farm. Then a young woman is murdered….

Available for pre-order from your
local bookseller and Amazon.com